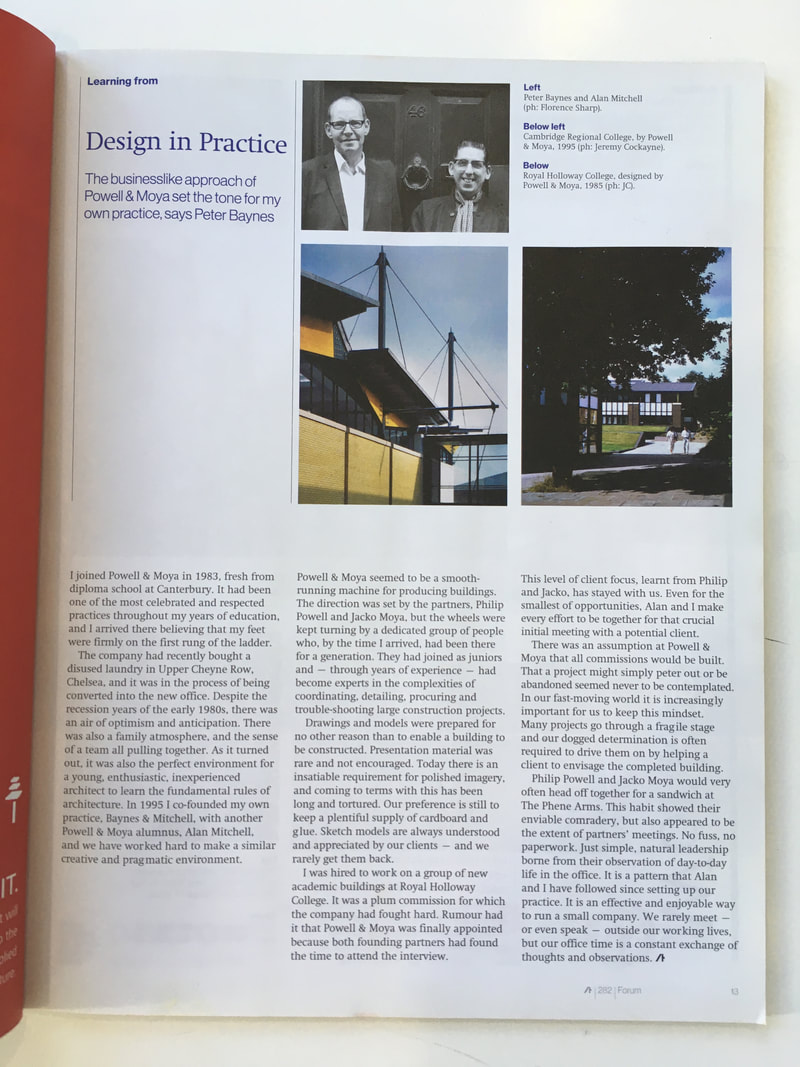 Our Director Peter Baynes has published an article on Architecture Today, November 2017. The publication narrates Peter's architectural experience at Powell & Moya, and how this influenced the business model at Baynes and Mitchell Architects.

Philip Powell (1921–2003) and Hidalgo Moya (1920-1994) met whilst studying at the Architectural Association, and worked for Frederick Gibberd before setting up on their own. In 1946, they collaborated under the practice Powell & Moya and became the founders of ‘humane modernism’. In their mid twenties, they won a prestigious competition to build a housing complex comprising 1,600 homes in Westminster, London. The Churchill Gardens estate replaced 33 acres of war-damaged property and is notable as the only housing project completed under the ambitious Abercrombie Plan to redevelop the capital along more ‘efficient’ lines – tall housing blocks interspersed by maisonettes, terraced houses, pubs and shops. The estate was a pioneering example of mixed-use development for a wide social demographic, and stylistically it was heavily influenced by Walter Gropius for its mix of concrete frames and brick panelling. Powell & Moya’s subsequent housing was dedicated to high-quality, low-cost, high-density living, and the majority of it has become desirable property for both its architecture and location. Whilst housing constitutes the bulk of their work, the practice gained fame and recognition for their futuristic Skylon Tower at the Festival of Britain. They also designed a number of other important modernist buildings, including several buildings for Oxford and Cambridge Colleges.